We are working with state and local officials and area property owners and have taken prudent steps to remediate conditions of a historic manufactured gas plant site in Fargo, ND. 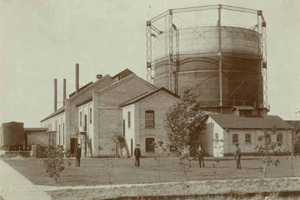 The city of Fargo notified us of planned infrastructure improvements in NP Avenue between 11th and 12th Streets in the spring of 2015. Our locating maps showed old pipes from a former manufactured gas plant. We discovered potential soil and groundwater impacts in and around the pipes, which we determined needed to be removed prior to the city’s construction work. We promptly informed the city, county and state environmental agencies, and the pipes and impacted soils were removed from the street. Based on this discovery, we investigated conditions of the plant site and surrounding properties. 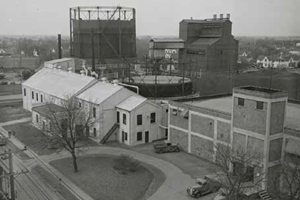 An MGP once operated from approximately 1885 through 1960 between University Drive and 11th Street North and just north of NP Avenue, west of downtown Fargo. The plant produced gas from coal and oil that was distributed through a network of pipes to customers for lighting, heating and cooking—much like natural gas is distributed and used today.

We are investigating the history of the MGP plant, but it appears that a predecessor company to Northern States Power, a subsidiary of Xcel Energy Inc., may have acquired the MGP site around 1910. In 1969, the main plant site was sold and redeveloped into a residential apartment building. A smaller parcel to the west of 12th Street North was redeveloped into a commercial building in 1966. The EPA performed a site assessment in 1994 and concluded that no further action was required at that time.

The U.S. Environmental Protection Agency estimates that thousands of MGP sites operated in the United States between 1815 and the 1960s. These plants used large brick ovens to heat coal and other ingredients. As the fuels were heated, they produced gases that were filtered from the ovens, stored in tanks and distributed by a network of pipelines throughout the community. By the 1950s, MGP production declined as natural gas infrastructure was built across the country. Many MGPs closed, and were eventually demolished — sometimes leaving waste materials and byproducts behind, such as coal tar, oil and ash or cinders. Coal tar was the most predominant byproduct from MGPs—a dark, sticky liquid that was often sold and reused for fuel, roofing and road resurfacing. MGP byproducts could also be found in dyes and even cough syrup.

Our company has provided natural gas and electric service to hundreds of communities for more than a century in the eight Western and Midwestern states where we operate. At times, we have needed to investigate and remediate legacy MGP sites. This past work has been positively recognized by state and local officials responsible for overseeing and evaluating our efforts.

We are committed to protecting public health and the environment. After discovering potential soil and groundwater impacts, we promptly removed materials to provide clean corridors to protect construction crews working in the area of NP Avenue. Paved parking lots, streets and buildings sealed most of the former plant site. Area groundwater does not supply local drinking water. While these facts and data indicated there was no cause for concern for current public exposure, it was appropriate and necessary to further investigate site conditions.

During spring and summer of 2016, we performed an extensive investigation in the area of the former MPG site. The work was performed consistent with EPA guidance and under the oversight of the North Dakota Department of Health and city of Fargo.

The results of the investigation verified that conditions in the area of the former MGP site were considered safe and acceptable for the general public, according to EPA standards. Given the possibility that area conditions could change in the future and that utility and construction workers might encounter MGP materials when digging in the area, we proposed a plan to perform further remediation. The North Dakota Department of Health approved our remediation plan in early 2017.

In order to complete the remediation, we purchased the 1960s-era apartment building located at 11 12th St. N. This is an area undergoing revitalization, and the city’s Renaissance Zone Development Plan goals call for the property to be cleared for redevelopment, making it an ideal time to remove the building. We also completed agreements with other property owners in the area to perform work on their properties as well.

The remediation phase of the project began in June and was completed in early November 2018. We first completed targeted excavation on several properties in the area, and by late August, we began tearing down the apartment building. With the building gone, we then removed remnants of the former MGP and completed excavation work, removing soil from the property and replacing it with clean fill.